Are You Dressed for Success?

This doesn’t mean that you have to have a white shirt and tie, but do you think about what you should wear when you are working.

There were some folks during the pandemic who stayed in their pajamas all day. I was not one, since I feel what you are wearing can determine your energy and enthusiasm.

All during the pandemic I wore what I would normally wear because it made me feel like I was in the work mode.

If your company culture has a code that allows you to dress down, then that is fine, but a person should also feel like if they occasionally want to dress up, it’s okay.

My son is a leader at the home office of the largest retailer in the world and although he can dress more informally he likes to pick an occasional day where he dresses up. He tells me that people notice it and it makes him feel like the day is more special.

Another thing you can do is do some research about what colors are best suited for you. Have you ever seen someone dress in colors that just don’t fit their skin or hair? This creates a dissonant aura and doesn’t help your “emotional signature’— that feeling you leave with someone that makes them want to deal with you again.

Take a look at all the options, colors and styles of clothes and hairstyles you could have and decide which ones give you the confidence you want to feel when you are working.

Keep up with the latest podcasts and blogs.

Thank you! Your submission has been received!
Oops! Something went wrong while submitting the form. 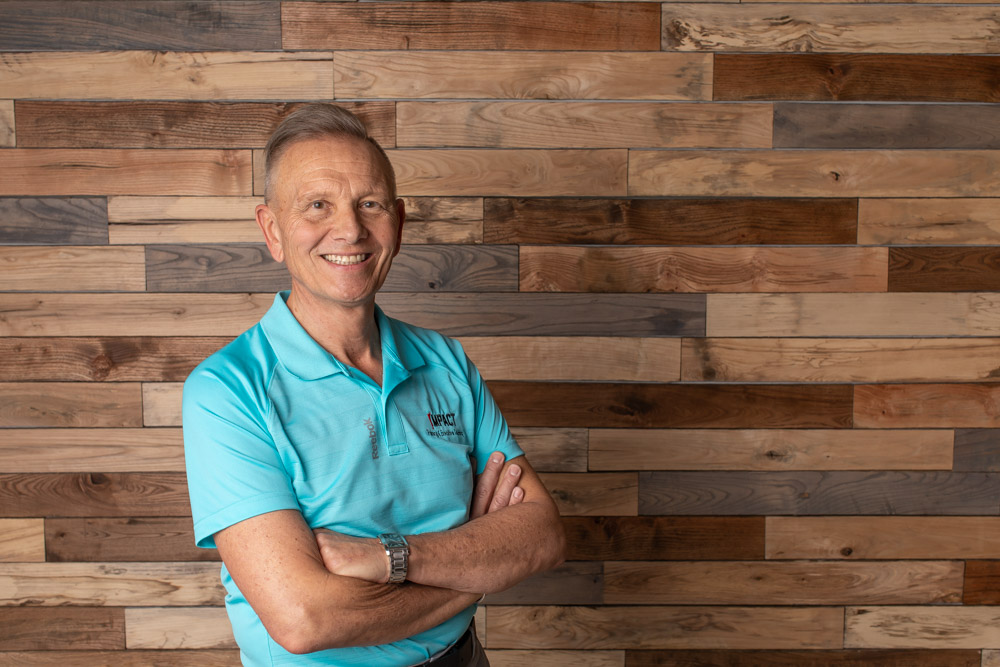 Passion. Charisma. Results. It’s those values and a desire to see others achieve them for themselves that led Dan to found iMPACT Training & Development, a firm which offers training to guide individuals into a higher level of performance through executive coaching, motivational speaking, staff training and organizational development.

Dan’s experience and interest in time management led to writing his book PerfectTIMING which is available on his website, as well as Amazon.com, Barnes & Noble and other books stores.

Dan also serves as the Senior Associate to Dr. Bill Wallisch, founder of MAIN Point, which is a communications firm that specializes in strategic communication skills for organizations worldwide. Clients include astronauts and cosmonauts of NASA, Coca-Cola, Starbucks, General Mills and the White House. MAINPoint also prepares well-known personalities for appearances on national television programs, such as Today, Nightline, Good Morning America and Meet the Press.

Dan spent a great part of his career in the communications field, having served more than ten years as the President & Publisher of the Joplin (MO) Globe, which is one of the largest newspapers in Community Newspaper Holding’s (CNHI) groups of newspapers in the U.S.

Prior to that, Dan held several management positions with Ottaway Newspapers, the community newspaper division of Dow Jones, Inc. He has also worked at communications companies in Pennsylvania, Kentucky, Minnesota and Missouri.

Dan’s assignments have taken him to countries such as Mexico, Panama, Australia, the UK and Dubai. He has also taught in the U.S. for companies such as General Mills, Nestle, Medtronic, Knutson Construction, the State of Missouri and Freeman Health System hospitals.

Dan is also on the John Maxwell Team of instructors and coaches, working with John to offer his courses throughout the country.

Stay up-to-date on your favorite platform.

Executive Coaching
What Do You Do with Your Time If You Now Shop On-Line?
Why not make this the year that you save time in many ways so that you can win back some time that can be essential to your success?

Executive Coaching
Make Your Down Time Count!
What have you done lately that is a proactive move because of something going on in your field? Be the trend-setter who is always prepared.

Executive Coaching
Are You the First One at Work?
Arriving to work early is something that can change your attitude and method of operating for the entire day.

Executive Coaching
Do ‘Commitments’ This Year
As you start your year, think of approaching what you want to achieve in an entirely different way. Sign up for my COMPLIMENTARY SESSION and receive the official copyrighted guide that will help you achieve success in 2023.